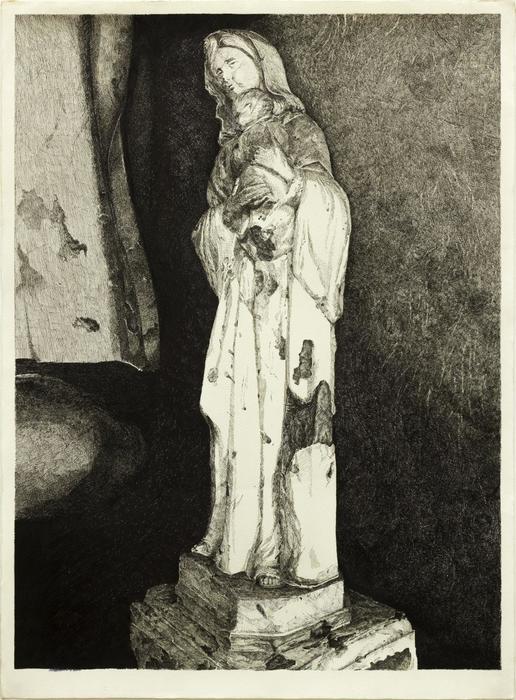 (born in Biak, 1987, lives and works in Bandung) presents Fiat Mihi Secundum Verbum Tuum (2017), a drawing depicting a mother-child sculpture. He said that, to him, the main point in Marina and Ulay’s collaborative work relates to personal faith. Therefore, he has decided upon the figure of Mary and the baby Jesus, a magic and iconic relationship. This sacred image has become simultaneously profane and secular. By his own admission, he has deliberately ‘destroyed’ his own drawing. The “destruction” itself tries to convey a sense of how Marina and Ulay’s collaborative works can come across as somewhat destructive and defiant. It also removes any notion of an attempt at “glorification”, thereby conveying his idea in a more finite manner, a more imperfect and human manner.