Zico Albaiquni (b. 1987, Indonesia) holds an MA and BFA from the Institute Technology of Bandung, Indonesia. Over the last few years, he has come to be known for his bright and neon-coloured works that warp and push the conventions of how space, time and perspective are depicted. Questioning the notions surrounding representation in a painting and image, Zico extensively revisits painting concepts as found in the modern era, in an effort to discover value within a contemporary context. Some of the reoccurring themes in his works are the tensions between traditional culture and modernity, and the social and environmental issues of contemporary Indonesia. Zico has exhibited extensively in Indonesia, as well as in Australia, Italy, Austria, Hong Kong and Singapore. He was a finalist of the 2nd Bandung Contemporary Art Award (2012), Soemardja Award (2012) and Asia Award, Tokyo Design Week (2015). In 2015, Zico was awarded the Bundesministeriums für Unterricht, Kunst und Kultur (Ministry of Education, Art and Culture, Austria) Residency, resulting in two solo shows in the capital city of Vienna. In 2011, Zico founded Ruang Gerilya, an experimental artist collective in Bandung. 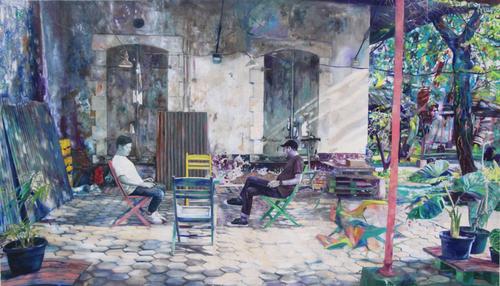 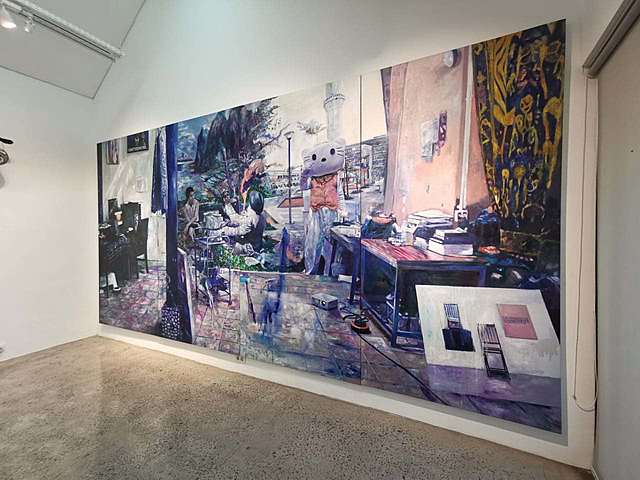