Naufal Ridwanullah (Cozanofal) was born on May 21, 1996 in Tasikmalaya, West Java. Starting art from Graffiti, mural and comic since 2011, making it more serious for art, especially when he was studying Fine Arts in 2014 at Indonesian University of Education. Naufal is one part of Kecil Matil, a group of young artists who were his classmates in college . Naufal often attended various exhibitions in Indonesia and had held a small group exhibition with Kecil Matil in 2017 held at Griya Seni Popo Iskandar. The work he created is the visualization of his personal experience, trying to convey the intent of his personal experience to an audience for them to refine, and he believes that the personal experience he experiences has also been or will be experienced by others. Of course graffiti, murals and comics are also still made Naufal until now. 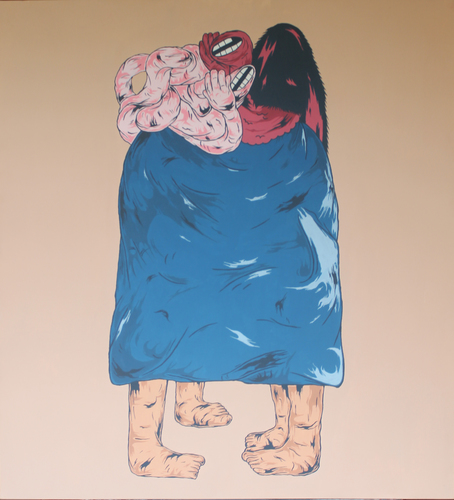