Selasar Sunaryo Art Space (SSAS) is the realization of Sunaryo’s longstanding dream to contribute to the development of arts in Indonesia. Today, as an institution, SSAS has become a key player in the arts and cultural landscape of Indonesia. The word “Selasar” reflects an open space that connects one space with another. The ultimate concept of “Selasar”, also reflects the aim of the space to connect artworks with audiences and to bring different cultures together.

Since established in 1998, SSAS is inseparable from the image of Sunaryo, an artist born in 1943 in Banyumas, Central Java, Indonesia. He started his artistic career by studying in the sculpture studio at the Sculpture Studio, Art Department, Bandung Institute of Technology (FSRD ITB). After finishing his studies, in 1975 he continued to study marble sculpting technique in Carrara, Italy. Coming back to Indonesia, he returned as a lecturer in his alma mater. Sunaryo is renowned for creating several public monuments in Bandung and Jakarta such as the Monumen Perjuangan Rakyat Jawa Barat (MONPERA) in Bandung and the Jenderal Sudirman Statue in, Jakarta. Sunaryo’s concerns in art and culture throughout his life granted him several awards such as the Akademi Jakarta Award, The Lifetime Achievement from Art Stage Jakarta and Jogja Biennale in 2017, and The Chevalier dans L’ordre des Arts et Lettres from the French Cultural Ministry.

In his artistic practice, Sunaryo often fascinated by socio-political and environmental issues. As seen in Titik Nadir (The Inferno), the inaugural exhibition of Selasar Seni Sunaryo, former name of SSAS. The exhibition reflected the artist’s concern with the Indonesian socio-political situation at the time. It was a time of chaos and hopelessness for many Indonesians: the Orde Baru regime collapsed along with the economy and social crisis. Instead of displaying his works for the long-awaited opening, Sunaryo concealed his well-displayed works and some parts of SSAS buildings with black cloth.

September 2018 marks the 20th anniversary of SSAS.  To commemorate the establishment, SSAS presents the solo exhibition of Sunaryo at Gallery A, B, and Wing Gallery. The exhibition will highlight the latest work of the maestro, featuring installation and multidisciplinary works with bamboo and fiber-based materials to manifest the idea of ephemerality, in particular symbolizing how human’s life is just a stop by through the passage of time.

SSAS is now standing side-to-side along with Wot Batu and Bale Project. We proudly present two special programs by each institution under Selasar Sunaryo Foundation in conjunction to the event. Accompanying Sunaryo’s solo exhibition, a group show organized by Bale Project will be held at Bale Tonggoh. Wot Batu will also present a solo exhibition by Septian Herriyoga. Finally, enjoy an intimate dinner tailored exclusively for our honorable guests at Wot Batu.

We are also pleased to announce that IndoArtNow is our official host for this event. 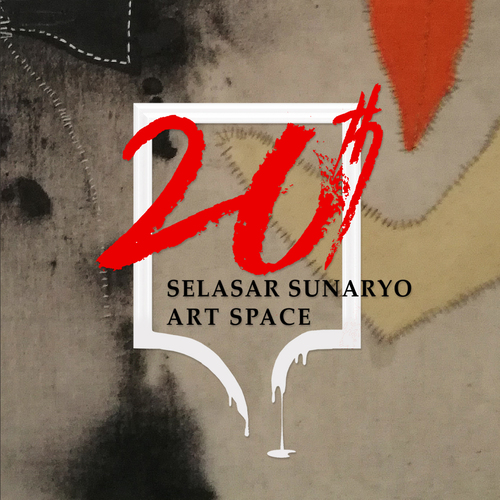