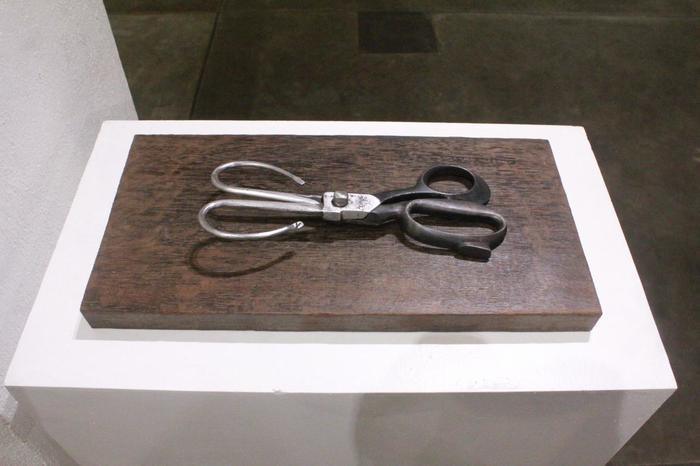 The sculptor Yuli Prayitno (born in Bandung 1974, lives and works in Yogyakarta) re-presents the scissors as something quite removed from its original function. Removing the sharp part of the scissors and fashioning both blades into the shape of handles, this re-imagination allows the scissors to be held by two people on each side. Yuli always has a unique approach to objects; he engages common perceptions about an object, and challenges the characters of materials and their functions. This double-handled pair of scissors is a symbol or parody of Marina and Ulay’s radical performance artworks that often brush against or involve dangerous elements. On the other hand, Yuli presents his symbols in a softer, friendlier way.