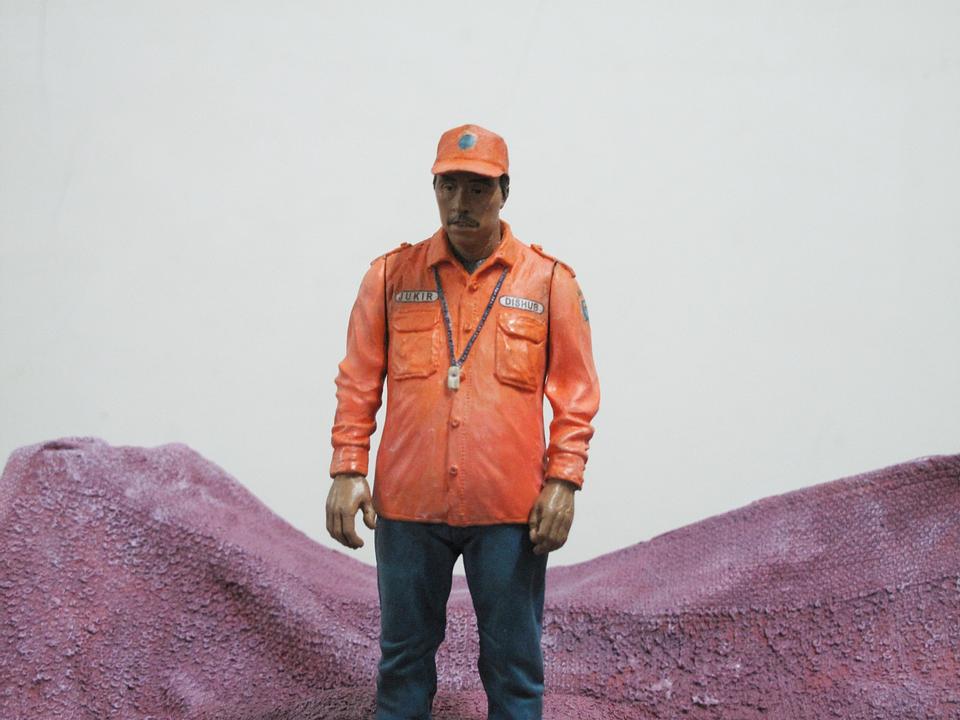 Wiyoga Muhardanto
Ibukota
2019
Dimensions
112.0 x 35.0 x 35.0 cm
Medium
Sculpture
2019 Plastic figurine, epoxy putty, pigmented resin, fiberglass, plywood, enamel paint
Figurative
Despite its resemblance to a miniature monument, this sculpture is basically dissimilar from a city monument that is usually dedicated to rulers, war heroes or people who are considered to have a great contribution in the history. Wiyoga Muhardanto brings up the figure of parking attendant, people who are often neglected and marginalized. For him, parking attendant is one of the smallest units of power in the regulation of spaces in major cities in Indonesia. A replica of towel represents the endurance and hard work of low-class people who have to deal with extreme tropical weather, air pollution and noise in their daily activities. A parking attendant is a fighter-labor figure in the vortex of highly competitive metropolitan life. This profession demands courage, speed in strategy and negotiation in the midst of hard and fierce urban spaces.